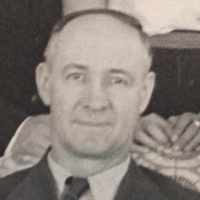 The Life of Floyd Estley

Put your face in a costume from Floyd Estley's homelands.

We were living in Salmon, Idaho when Dad took a job with the Forest Service. They taught him to be a carpenter. He became a very good carpenter.