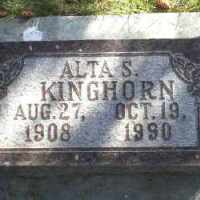 The Life of Alta Deloris

Put your face in a costume from Alta Deloris's homelands.

1 English: from Middle English serm(o)un ‘sermon’, a metonymic occupational name for a preacher, or perhaps a nickname for a long-winded and pompous person.2 Dutch: variant of Simon , with epenthetic -r-.