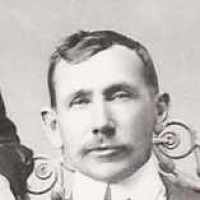 The Life of Spiers

When Spiers Wilson was born on 25 April 1857, in Wishaw, Lanarkshire, Scotland, United Kingdom, his father, George Wilson, was 52 and his mother, Janet Collins, was 33. He had at least 7 sons and 6 daughters with Margaret Lockhart. He lived in Dalziel, Lanarkshire, Scotland, United Kingdom in 1861. He died on 8 October 1924, in Pleasant Grove, Utah, Utah, United States, at the age of 67, and was buried in Pleasant Grove City Cemetery, Pleasant Grove, Utah, Utah, United States.

Put your face in a costume from Spiers's homelands.

The Representation of the People (Scotland) Act 1868 was passed by Parliament and allowed for the creation of seven additional Scottish seats in the House of Commons. Along with the seats, Two University constituencies were created. These each returned one member to Parliament.
1875 · A Treaty with Hawaii