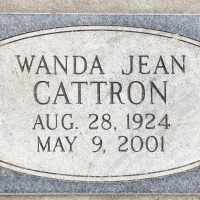 The Life of Wanda Jean

Put your face in a costume from Wanda Jean's homelands.

English and Scottish: ethnic name for someone from Ireland, Old English Īraland. The country gets its name from the genitive case of Old English Īras ‘Irishmen’ + land ‘land’. The stem Īr- is taken from the Celtic name for Ireland, Èriu, earlier Everiu. The surname is especially common in Liverpool, England, which has a large Irish population.