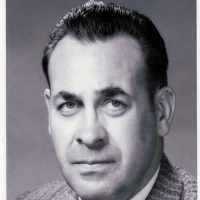 The Life of Edsel Carpenter

Put your face in a costume from Edsel Carpenter's homelands.

Respelling of Jørgensen or Jörgensen ( see Jorgensen ) or the Swedish cognate Jörgens(s)on.

Richard Jorgenson: I'm one of the youngest cousins and also the grandson of Hyrum Andrew. We have some pictures up here of H.A. and also his wife Laura Walker Wright. We have some of Milo and Farrel. …