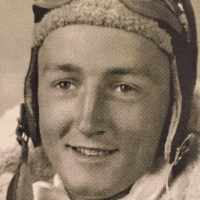 The Life of Lawrence Edmund

Put your face in a costume from Lawrence Edmund's homelands.

After the Ogden Canyon Resort burned down in 1927, Entrepreneur A.V. Smith bought the land and rebuilt the resort in brick. Naming it El Monte Springs, the resort featured a large swimming pool and a grand ballroom where dances were held until it shut its doors in 1932. The resort is still open but is a gift shop and restaurant under the name Rainbow Gardens.
1945 · Peace in a Post War World

Source: The Stones of Surry -Revised Edition -1955 Compiled by Charles H. Stone Charlotte, N. C. Pages 124-151 This is a typed copy of this book. I have not put any living descendants in this copy, a …