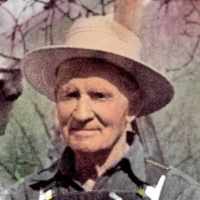 The Life of Sidney Thomas

Put your face in a costume from Sidney Thomas's homelands.

Prohibits the federal government and each state from denying a citizen the right to vote based on that citizen's race, color, or previous condition of servitude. It was the last of the Reconstruction Amendments.
1880 · School Attendance Becomes Mandatory for Children

Edward G. Harding first met the elders of the Church when he was fifteen years old, in 1847. He was surprised to learn that his brother William (21) was already familiar with them and Edward Gilbert a …