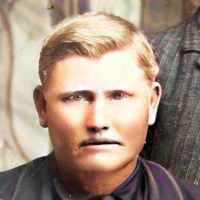 The Life Summary of John Carlos

Put your face in a costume from John Carlos's homelands.

English: habitational name from any of the places in Lancashire, West Yorkshire, and Derbyshire, earlier recorded as Melver, and named from ancient British words that are ancestors of Welsh moel ‘bare’ + bre ‘hill’.