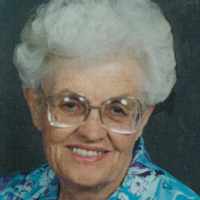 The Life of Mary Madeleine

When Mary Madeleine Faris was born on 12 September 1920, in Ovid, Bear Lake, Idaho, United States, her father, Robert William Faris, was 30 and her mother, Elizabeth Ann Serene Johnson, was 31. She married Adolia Lee Jones on 28 June 1941. They were the parents of at least 1 daughter. She lived in Hinckley Election Precinct, Millard, Utah, United States in 1940. She died on 24 November 2002, in Ivins, Washington, Utah, United States, at the age of 82.

Put your face in a costume from Mary Madeleine's homelands.

Warrant G. Harding died of a heart attack in the Palace hotel in San Francisco.
1942 · The Japanese American internment

1 Variant of Irish and Scottish Ferris .2 Muslim: from a personal name based on Arabic fāris ‘horseman’, ‘knight’. Compare Fares .