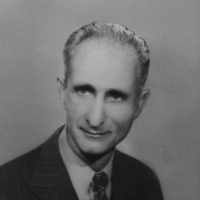 The Life of Richard L

Put your face in a costume from Richard L's homelands.

A 7.8 magnitude earthquake shook San Francisco for approximately 60 seconds on April 18, 1906. A 1906 report by US Army Relief Operations recorded the death toll for San Francisco and surrounding areas at 664. Later reports record the number at over 3,000 deaths. An estimated 225,000 people were left homeless from the widespread destructuction as 80% of the city was destroyed.
1909 · The NAACP is formed

How RICHARD L MAXWELL Got His Name, by Ruth Maxwell Moulton (May 2006)

Richard's original name was Raymond Carl Wolfe. We didn't know about the name Carl until after Richard died. At that time, Thelma researched Richard's name and found his origins. From a relative, s …