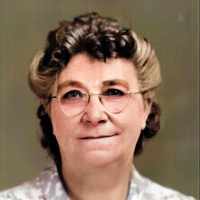 The Life of Jennie

This Act tried to prevent the raising of prices by restricting trade. The purpose of the Act was to preserve a competitive marketplace to protect consumers from abuse.
1904

Spanish and Jewish (Sephardic): habitational name from the city in central Spain, which was the capital of the Visigothic state between the 6th and 8th centuries. Its role declined for three centuries after the Muslim invasion of Spain, until it was taken as the capital of the kingdom of Castile between the 11th and 16th centuries. It was a major cultural and political center throughout the Middle Ages, and was also the home of an important Jewish community. The place name, first recorded in Latin as Toletum, is of obscure etymology, possibly connected with Toleto in Piedmont; Jewish tradition connects it with Hebrew toledot ‘generations’, but this is no more than folk etymology.

After my Grandparents, John & Leda McWherter were married in Missouri, they moved to a small community called New Hope near St. Anthony, Idaho. The McQuiston home there was large and my grandparents l …