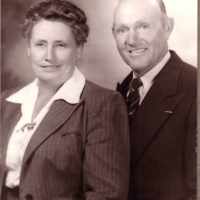 The Life of Ella Fern

Put your face in a costume from Ella Fern's homelands.

This is a small personal history of Ella Fern Nay Amtoft written by her daughter, Maude Nielson Reed. It was an ordinary day in 1889 on April 3, when a very pretty little bundle of joy came into the …