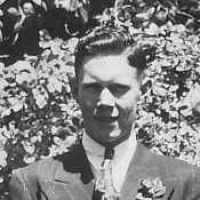 The Life of Blaine Jay

Put your face in a costume from Blaine Jay's homelands.

Blaine Jay Anderson passed away Saturday June 30, 2012 bat his home in Palm Desert, California, after a short battle with cancer. He was born in Cornish, Utah, on November 14, 1922, the son of Andy an …