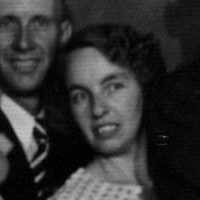 The Life of Eliza Stella

Put your face in a costume from Eliza Stella's homelands.

A short-lived Cabinet department which was concerned with controlling the excesses of big business. Later being split and the Secretary of Commerce and Labor splitting into two separate positions.
1905 · Manti High School

The need for a high school came to the residents of Manti. The high school started as a one-year high school and was located in the Tabernacle. The new high school building was started the same year and was completed for the start of the second year.
1923 · The President Dies of a Heart Attack

English: topographic name for someone who lived on a heath (Middle English hethe, Old English hǣð) or a habitational name from any of the numerous places, for example in Bedfordshire, Derbyshire, Herefordshire, Shropshire, and West Yorkshire, named with this word. The same word also denoted heather, the characteristic plant of heathland areas. This surname has also been established in Dublin since the late 16th century.