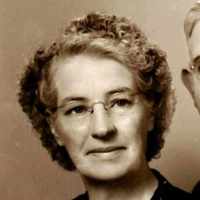 The Life of Annie Wilhelmena

Put your face in a costume from Annie Wilhelmena's homelands.

Anna Melvina Johnson Carlsen Mother of Martha Oakeson Anna was born in South Cottonwood, Utah on April 19, 1870 to Olaus (Olauvas) Johnson and Anna Helena Amundsen (Dyresen). She was given the name …