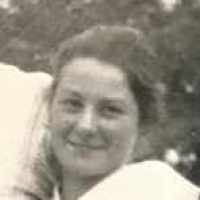 The Life of Elma Irene

Put your face in a costume from Elma Irene's homelands.

A short-lived Cabinet department which was concerned with controlling the excesses of big business. Later being split and the Secretary of Commerce and Labor splitting into two separate positions.
1907 · Pike's Market

By Susan Sintay What I remember about my mom and dad’s baptism into The Church of Jesus Christ of Latter-Day Saints in June of 1974 by Susan Carol Scott Sintay. Date: April 14, 2013 First let me gi …