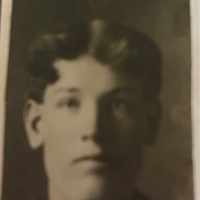 The Life of Orvill Edward

Put your face in a costume from Orvill Edward's homelands.

A landmark decision of the U.S. Supreme Court upholding the constitutionality of racial segregation laws for public facilities if the segregated facilities were equal in quality. It's widely regarded as one of the worst decisions in U.S. Supreme Court history.
1900 · A City Pavillion Is Built

The city of Lehi purchased property from John Beck in July 1900 for a city pavillion. Hundreds of volunteers cleared the ground and built a dance floor. The following month, volunteers used planking to cover the rough paneling that was originally laid. The Grand Sugar Ball was held on January 1, 1901.
1905 · The Lehi Commercial Club Is Organized