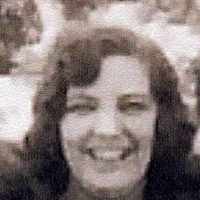 The Life of Roma Irene

Put your face in a costume from Roma Irene's homelands.

Angel Island served as a western entry point for hundreds of thousands of U.S. immigrants, mainly from China, from 1910 to 1940.
1918 · Attempting to Stop the War

1 English: habitational name from the place in Lincolnshire, the name of which means ‘Bōtwulf's stone’. This has been considered to refer to St. Botulf, and to be the site of the monastery that he built in the 7th century, but it is more likely that the Bōtwulf of the place name was an ordinary landowner, and that the association with the saint was a later development because of the name.2 Probably an altered spelling of German Basten and perhaps Bastian .

Words recorded by Roma Irene Boston My father, John H Boston, was born in the same humble home incidentally living his entire life of 36 years and passing away in the identical room in which he had s …