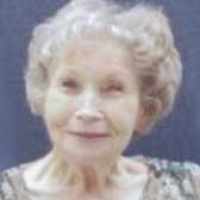 The Life of Ella Ludene

Put your face in a costume from Ella Ludene's homelands.

The quarry was originally found by sheepherders and cattlemen as they drove their animals through the area. The Department of Geology at the University of Utah soon visited the area and found 800 fossils of a variety of Dinosaurs from the Jurassic Era. Because of the proximity of the site to Cleveland, Utah, and because most of the expeditions were financed by Malcolm Lloyd, the site was later known as the Cleveland-Lloyd Quarry. In later years, Princeton college spent three summers at the site. They collected a total of 1,200 bones, part of which were sent back to the school and mounted to complete a full skeleton of an Allosaurus, Utah’s State Fossil. Over the years, excavations led to the collection of more than 12,000 fossils from the quarry. It was designated as a National Natural Landmark in 1965.
1948 · The Beginning of the Cold War