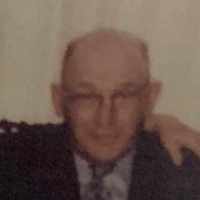 The Life of Charles Calvin

Put your face in a costume from Charles Calvin's homelands.

A law that makes it a crime to misbrand meat being sold as food, and ensures that the meat is slaughtered and processed under sanitary conditions.
1927

Sometimes we walked the two blocks to the Bancroft Post Office to get the mail, but usually (and to my delight) we would climb into the light blue 1961 or 62 Chevy short-bed truck and drive. Grandpa w …