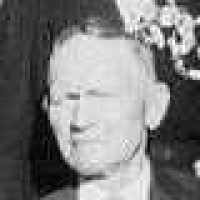 The Life of Homer Anson

Put your face in a costume from Homer Anson's homelands.

English: from the Middle English personal name Randel, a diminutive of Rand with the Anglo-Norman French hypocoristic suffix -el.

As a small boy I remember climbing the stairs of Grandpa Randall's duplex on about 600 N. Arthur, Pocatello to see, what was for me the first exercise bike. Grandpa had hauled a bike up the steep sta …