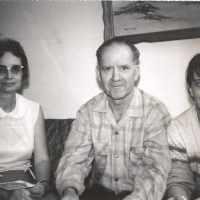 The Life of Gerald Burton

When Gerald Burton Heiner was born on 9 December 1914, in Deer Trail, Arapahoe, Colorado, United States, his father, Elmer Burton Heiner, was 36 and his mother, Ora Russ, was 36. He married Georgia Mae Frey on 18 November 1937. They were the parents of at least 2 sons and 1 daughter. He lived in Plainville, Rooks, Kansas, United States in 1920. He died on 14 September 1993, in Blanding, San Juan, Utah, United States, at the age of 78, and was buried in Bow, Skagit, Washington, United States.

Put your face in a costume from Gerald Burton's homelands.

German: patronymic from a short form of Heinrich .