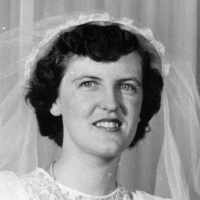 The Life of Beverly

Put your face in a costume from Beverly's homelands.

Being supported through Salt Lake City taxes, the Hogle Zoo has been at its present location at the mouth of Emigration Canyon since 1931 on land donated by Mr. and Mrs. James A. Hogle. In 1936, the zoo purchased Princess Alice, an elephant, from a traveling circus. She gave birth to the first elephant born in Utah. His name was Prince Utah and he died at eleven months old. Current exhibits include various birds, mammals, and reptiles from around the world.
1949 · NATO is Established

English and Scottish: habitational name from any of various places called Orton. All those in England share a second element from Old English tūn ‘enclosure’, ‘settlement’, but the first element in each case is more difficult to determine. Examples in Cambridgeshire and Warwickshire are on the banks of rivers, so that there it is probably Old English ōfer ‘riverbank’; in other cases it is impossible to decide between ofer ‘ridge’ and ufera ‘upper’. Orton in Cumbria is probably formed with the Old Norse byname Orri ‘black-cock’ (the male black grouse). Orton near Fochabers, Scotland, is of uncertain etymology.