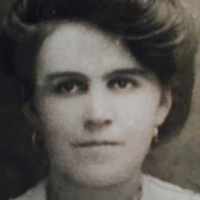 The Life of Ada May

Garfield was shot twice by Charles J. Guitea at Railroad Station in Washington, D.C. on July 2, 1881. After eleven weeks of intensive and other care Garfield died in Elberon, New Jersey, the second of four presidents to be assassinated, following Abraham Lincoln.
1894 · The Genealogical Society of Utah is formed.

The Genealogical Society of Utah is formed. - A precursor society to FamilySearch, the GSU was organized on November 13,1894, in the Church Historian's Office of The Church of Jesus Christ of Latter-day Saints.
1897 · The Panguitch Progress

The Panguitch Progress newspaper starts printing local and state-wide news to Panguitch and the surrounding areas.