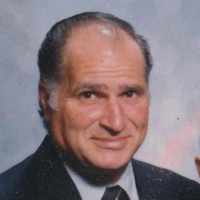 The Life of Joseph Charles

Put your face in a costume from Joseph Charles's homelands.

The Presidential Succession Act is an act establishing the presidential line of succession. This was a precursor for the Twenty-fifth Amendment which outlines what is to happen when a President is killed, dies, or is unable to fulfill the responsibilities of President.
1952 · Uranium in Moab

Uranium mining in Utah has a history going back more than 100 years but, it started as a byproduct of vanadium mining. With the development of Nuclear Weapons, Utah saw a uranium boom in the late 1940s and early 1950s, but uranium mining declined near the end of the Cold War. Currently Uranium is still being mined but just a small amount for power plants and for research.
1963