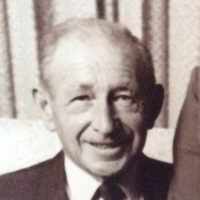 The Life of Wayne Elmo

Put your face in a costume from Wayne Elmo's homelands.

Angel Island served as a western entry point for hundreds of thousands of U.S. immigrants, mainly from China, from 1910 to 1940.
1929

Wayne was born in Ashgrove, Missouri on August 16, 1907. Waynes father died about two months before he was born. He did not know a fathers guiding care and love. He had a grandfather that cared very m …