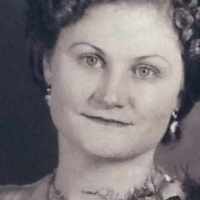 The Life of Nellie Marie

Put your face in a costume from Nellie Marie's homelands.

1 English: from the medieval female personal name Line, a reduced form of Cateline ( see Catlin ) and of various other names, such as Emmeline and Adeline, containing the Anglo-Norman French diminutive suffix -line (originally a double diminutive, composed of the elements -el and -in).2 French (Liné): metonymic occupational name for a linen weaver or a linen merchant, from an Old French adjective liné ‘made of linen’.