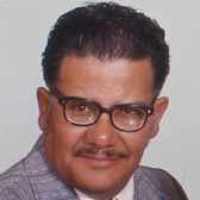 When John Richard Dominguez was born on 12 October 1924, in Phoenix, Maricopa, Arizona, United States, his father, Miguel Mazon Dominguez Sr., was 32 and his mother, Esther Peralta Grijalva, was 17. He married Gail Ann Smith on 24 September 1955. He died on 21 February 1996, in Provo, Utah, Utah, United States, at the age of 71, and was buried in Whittier, Los Angeles, California, United States.

In the spring of 1973 when I was 16 years old, the Young Women's Mutual Program of the Church had an annual Debutante ball. You can look up debutante ball, it is an old tradition celebrating when a yo …