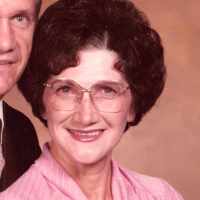 The Life of Beth

Put your face in a costume from Beth's homelands.

Construction on this historic building started in 1929 and wrapped up in 1930. It was registered on the National Register of Historic Places in 1984 due to its unique design.
1931

The Star-Spangled Banner is adopted as the national anthem.
1951 · The Twenty-Second Amendment