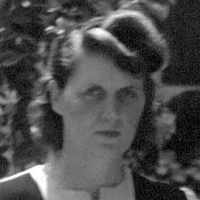 The Life of Marjorie Christine (Maggie)

Put your face in a costume from Marjorie Christine (Maggie)'s homelands.

In 1879, railroad tycoon, Charles Elliott Perkins bought 240 acres whrere The Garden of the Gods is located, and planned to use it as a summer home. Perkins died in 1907 before he could establish it as a public park. Perkin's children donated the now 480 acres to the city of Colorado Springs, to become a public park.
1931

I was a little girl when we first started going to my aunts home in the summer. My Mom Norma J Hansen was attending UCLA to complete her doctorate. We spent some months at her home in Mar Vista. My me …