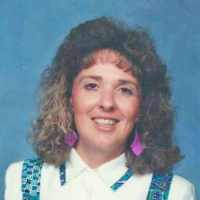 The Life of Sherie

Put your face in a costume from Sherie's homelands.

The Cuban Missile Crisis was a 13-day confrontation between the United States and the Soviet Union because of Soviet ballistic missile deployment in Cuba. This confrontation was the closest that the Cold War became a nuclear war.
1962 · https://www.allmusic.com/artist/the-osmonds-mn0000403184/biography

Moving to Ogden in the late 1950s, the Osmond’s started their careers by singing to many people at different venues throughout the City and as well as on Disneyland after Dark. Even though each child of the Osmond family has gone their separate ways. They still visit their childhood homes and the people that helped them learn music.
1972 · A Temple in the Land

The Ogden Temple was dedicated on January 18, 1972 being the first temple in Ogden and the fifth temple in Utah. The temple has been a staple of the growth of ogden since its dedication. The original building no longer exists after a renovation project in 2011 but the temple that took its place still has the same effect on the city and surrounding areas.

1 Vietnamese: unexplained.2 Shortened form of any of the many Scottish and Irish surnames formed with Gaelic mac ‘son of’.