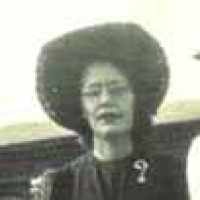 The Life of Julia Christo

Put your face in a costume from Julia Christo's homelands.

Mainly Jewish: from the Biblical Hebrew personal name Aharon, which was borne by the first high priest of the Israelites, the brother of Moses (Exodus 4:14). Like Moses, it is probably of Egyptian origin, with a meaning no longer recoverable. In some countries Aaron was also a gentile personal name; not all occurrences of the surname are Jewish.