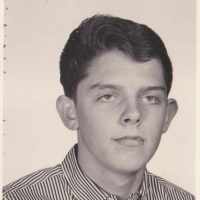 The Life of Kenneth James

When Kenneth James Wills was born on 25 June 1948, in Boise, Ada, Idaho, United States, his father, James Thomas Wills, was 39 and his mother, Sylvia Carr, was 29. He died on 8 May 2011, in Denair, Stanislaus, California, United States, at the age of 62, and was buried in United States.

Put your face in a costume from Kenneth James's homelands.

The North Atlantic Treaty Organization is an alliance between 29 North American and European countries. The agreement of the alliance is to help defend each other if attacked by an external country. The last country to enter was Montenegro in 2017.
1950