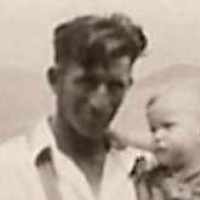 The Life of Lawrence Grant

Put your face in a costume from Lawrence Grant's homelands.

A short-lived Cabinet department which was concerned with controlling the excesses of big business. Later being split and the Secretary of Commerce and Labor splitting into two separate positions.
1907 · The Burro Mine

The Burro Mine was a large mining area that produced gold, silver, copper, and other valuable metals. The mine was dissolved involuntarily on November 9, 1974.
1916 · The First woman elected into the US Congress