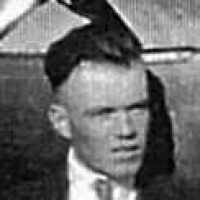 The Life of Sylvan George

Put your face in a costume from Sylvan George's homelands.

This Act set a price at which gold could be traded for paper money.
1900 · A City Pavillion Is Built

The city of Lehi purchased property from John Beck in July 1900 for a city pavillion. Hundreds of volunteers cleared the ground and built a dance floor. The following month, volunteers used planking to cover the rough paneling that was originally laid. The Grand Sugar Ball was held on January 1, 1901.
1927