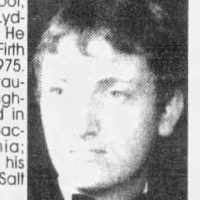 The Life of Dyle D

Put your face in a costume from Dyle D's homelands.

Explorer 1 was the first satellite of the United States to be launched and successfully orbit the Earth.
1960 · Seven month strike at Bunker Hill Mine

After a 7 month strike, the Northwest Metal Workers took over representation duties on behalf of the more than 1,800 Bunker Hill miners. This entity became the United Steelworkers of America Local No. 7854, ten years later.
1967 · The Twenty-Fifth Amendment

The Twenty-fifth Amendment clarifies that when a President can't fulfill his role as President, the Vice President becomes President. He may do so only If the president dies, resigns, or is removed from office.