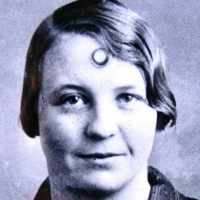 The Life of Annie Laurie

Put your face in a costume from Annie Laurie's homelands.

Being modeled after the Boy Scout Association in England, The Boy Scouts of America is a program for young teens to learn traits, life and social skills, and many other things to remind the public about the general act of service and kindness to others.
1910 · The Denver and Rio Grande Western Depot

The Denver and Rio Grande Western Depot, the Rio Grande Depot, is a former train station on the western edge of downtown Salt Lake City. The depot was constructed by the Denver and Rio Grande Western Railroad to surpass the nearby Salt Lake City Union Pacific Depot and was the main jewel of the Denver and Rio Grande Western Railroad. The depot included a barber shop, a telegraph office a gift shop, a restaurant, a men's smoking room and a women's lounge. The depot opened Salt Lake City to a new influx of immigrants, and was also a central point in shipping soldiers off to war in both World War I and World War II. The depot was listed on the National Register of Historic Places in 1975. After the State of Utah purchased the depot in 1977, the building was converted to house the Utah State Historical Society and its research center, the Utah Department of Heritage & Arts, as well as the Rio Gallery.
1935 · The FBI is Established