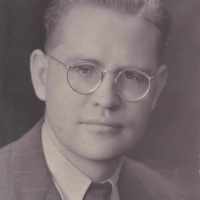 The Life of Valden

Put your face in a costume from Valden's homelands.

The Mesa Arizona Latter-day Saint Temple was announced on October 3, 1919. Don Carlos Young and Ramm Hansen were chosen to design the temple. The Mesa, Arizona temple was the first temple to be built in Arizona.
1937 · The Neutrality Act

In a log cabin built on land her father had homesteaded near Central, Idaho, Erma Margaret Peterson, was born on June 23, 1913. She was the fourth and second surviving child of Martin Leander and Wil …