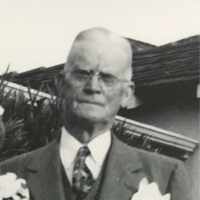 The Life of David Victor

Put your face in a costume from David Victor's homelands.

1 English: topographic name for someone living on (and farming) a hide of land, Old English hī(gi)d. This was a variable measure of land, differing from place to place and time to time, and seems from the etymology to have been originally fixed as the amount necessary to support one (extended) family (Old English hīgan, hīwan ‘household’). In some cases the surname is habitational, from any of the many minor places named with this word, as for example Hyde in Greater Manchester, Bedfordshire, and Hampshire. The surname has long been established in Ireland.2 English: variant of Ide , with inorganic initial H-. Compare Herrick .3 Jewish (American): Americanized spelling of Haid .