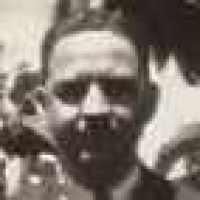 The Life of George Ezra

Put your face in a costume from George Ezra's homelands.

Built in 1902, the Utah Governor's Mansion is the official residence of the Governor of Utah and their family. The mansion was built using the finest materials by the finest craftsmen available, resulting in a quality and style like that of Eastern mansions. From 1957 to 1977, the Utah Historical Society occupied the mansion as a library, museum, and office space. In 1977, the residence underwent extensive renovations and was again reopened in 1980. In December 1993, a fire destroyed much of the mansion but, after another restoration, the historic building was restored to its original design with upgrades in case of another disaster threatened the home. It was listed on the U.S. National Register of Historic Places in 1970.
1906 · Great San Francisco Earthquake

A 7.8 magnitude earthquake shook San Francisco for approximately 60 seconds on April 18, 1906. A 1906 report by US Army Relief Operations recorded the death toll for San Francisco and surrounding areas at 664. Later reports record the number at over 3,000 deaths. An estimated 225,000 people were left homeless from the widespread destructuction as 80% of the city was destroyed.
1928 · Fire in the Temple

1 English: from a short form of Jordan .2 German: variant of Jude .