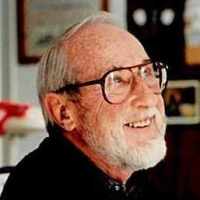 The Life of Charles Glenn

When Charles Glenn Marker was born on 27 November 1918, in Salt Lake City, Salt Lake, Utah, United States, his father, James Peter Marker, was 46 and his mother, Harriet Marie Luce, was 42. He married Isobel Ronald Price on 27 June 1942, in Lake Charles, Calcasieu, Louisiana, United States. He registered for military service in 1941. He died on 15 May 2011, in Langley, Island, Washington, United States, at the age of 92.

Put your face in a costume from Charles Glenn's homelands.

1 English: topographic name for someone who lived by a boundary ( see Mark 2). It is notable that early examples of the surname tend to occur near borders, for example on the Kent-Sussex boundary.2 English: possibly an occupational name from an agent derivative of Middle English mark(en) ‘to put a mark on’, although it is not clear what the exact nature of the work of such a ‘marker'would be.3 English: relatively late development of Mercer . There is one family in Clitheroe, Lancashire, who spelled their name Mercer or Marcer in the 16th century, but Marker in the 17th.

Glenn, a natural at every sport

Glenn and Isobel were members at the St. Andrews Golf Club and since they could not play golf in the winter, the Golf Club had a Curling Club that they joined. They had never curled in their lives an …