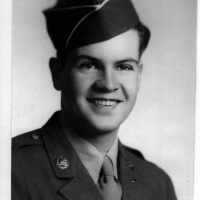 The Life of Eldon Conrad

Put your face in a costume from Eldon Conrad's homelands.

Memories with my grandpa

Something that I loved about my grandpa was that he was so kind. I loved being able to do end 2 years with him while I was in school. I love and miss you Grandpa. Thanks for all you did as s farmer, f …