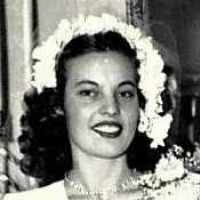 The Life of Alice Jeanne

Put your face in a costume from Alice Jeanne's homelands.

The Bear River Migratory Bird Refuge is a 74,000 acre refuge of open water and wetlands which hosts millions of migratory birds each year. The refuge was opened in 1928 on the Bear River Delta which flows into the Great Salt Lake.
1948 · The Beginning of the Cold War