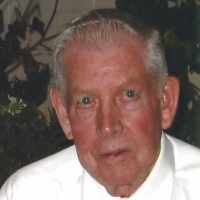 The Life of Orley Burton

Put your face in a costume from Orley Burton's homelands.

Warrant G. Harding died of a heart attack in the Palace hotel in San Francisco.
1926 · No More Street Cars

On September 20, Utah Light & Traction Company discontinued its street car services for Davis County. It operated for 12 years and helped many people get from city to city without any problems. During the next month all streetcars were converted into a bus system to help people that couldn't afford their own vehicles.
1944 · The G.I Bill