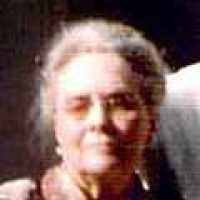 The Life of Selma Clyde

Put your face in a costume from Selma Clyde's homelands.

The Genealogical Society of Utah is formed. - A precursor society to FamilySearch, the GSU was organized on November 13,1894, in the Church Historian's Office of The Church of Jesus Christ of Latter-day Saints.
1902 · So Much Farm Land

1 English (of Norman origin): habitational name from any of the various places in Normandy, France, called Crèvecoeur (‘heartbreak’), from Old French creve(r) ‘to break or destroy’, ‘to die’ + ceur ‘heart’, a reference to the infertility and unproductiveness of the land.2 English: occupational name for a potter, Middle English crockere, an agent derivative of Middle English crock ‘pot’ (Old English croc(ca)).3 Americanized spelling of German Krocker .