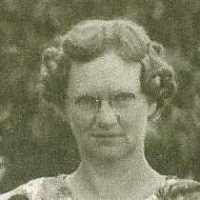 The Life of Mary Thelma

When Mary Thelma Cook was born on 4 January 1903, in Stirling, Warner, Alberta, Canada, her father, Peter Cook, was 27 and her mother, Margaret Lord, was 26. She married Joseph Makinson on 11 November 1922. They were the parents of at least 1 son and 4 daughters. She lived in Medicine Hat, Cypress, Alberta, Canada in 1911 and Alberta, Canada for about 10 years. She died on 7 October 2009, at the age of 106, and was buried in Taber, Taber Municipal District, Alberta, Canada.

Put your face in a costume from Mary Thelma's homelands.

Peter Cook transcribed from a history written by Hazel Cook