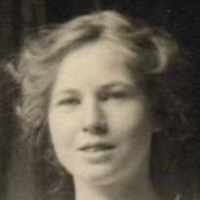 The Life of Vilate

Put your face in a costume from Vilate's homelands.

President William McKinley was shot at the Temple of Music, in the Pan-American Exposition, while shaking hands with the public. Leon Czolgosz shot him twice in the abdomen because he thought it was his duty to do so. McKinley died after eight days of watch and care. He was the third American president to be assassinated. After his death, Congress passed legislation to officially make the Secret Service and gave them responsibility for protecting the President at all times.
1904 · Preston Streets are Plotted

The main streets of Preston, including State and Oneida Streets, were plotted in 1904.
1920

English: patronymic from Fellow, from Middle English felagh, felaw late Old English fēolaga ‘partner’, ‘shareholder’ (Old Norse félagi, from fé ‘fee’, ‘money’ + legja to lay down). In Middle English the term was used in the general sense of a companion or comrade, and the surname thus probably denoted a (fellow) member of a trade guild. Compare Fear 1.