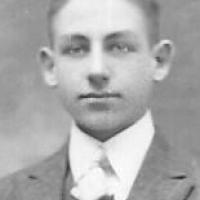 The Life of Basil Joseph

Put your face in a costume from Basil Joseph's homelands.

English (of Norman origin): habitational name from Saint-Paul-du-Vernay in Calvados or any of various other places in northern France named with Vernay, from the Gaulish element vern ‘alder’ + the locative suffix -acum.