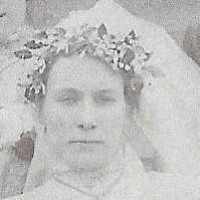 A federal law prohibiting all immigration of Chinese laborers. The Act was the first law to prevent all members of a national group from immigrating to the United States.
1888 · The Whitehall Mystery

The Whitehall Mystery has some ties to Jack the Ripper, the victim was female and had been dismembered. The arms were found first; the headless torso to which they belonged was found a month later. The rest of the body was never discovered and the mystery was never solved.
1903 · Department of Commerce and Labor