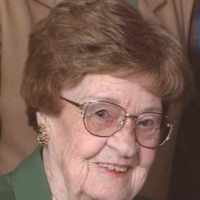 The Life of Genevieve

Put your face in a costume from Genevieve's homelands.

The Hermitage Resort was a mountain hotel that invited many to vacation there during the summers and winters. It was constructed by Billie Wilson, a Scottish immigrant, because he had a grand vision of building a grand hotel.
1910 · The BSA is Made

Being modeled after the Boy Scout Association in England, The Boy Scouts of America is a program for young teens to learn traits, life and social skills, and many other things to remind the public about the general act of service and kindness to others.
1935 · The FBI is Established

Autobiography of Genevieve Talbot (written at 76 years of age)

I was born on August 17, 1909 at Lewiston, Utah. I was the eighth child of Henry James Talbot and Susannah Cherry Talbot. I had three brothers and four sisters. My brothers’ names were Myrum, Arnel …